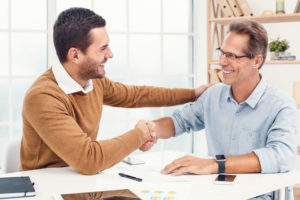 There’s a lot of confusion out there related to what process servers are and are not allowed to do while serving process. Hollywood has played a part in distorting the public’s view about what a process server does, depicting servers in disguises sneaking up on unsuspecting victims. However, professional process servers, like those here at Accurate Serve® in East Central Florida, never behave this way. Additionally, the state of Florida also governs and oversees the process server industry here.

Process servers in Florida must abide by the following rules in order to serve process legally:

Regardless of which county or judicial circuit controls approving process servers, all must follow the basic laws in Florida about who can legally serve process in the state:

It is crucial for the process server to accurately identify the intended recipient of the process before handing over any documents. Process recipients have a right to privacy, so giving official court paperwork to anyone other than the person(s) named is not allowed. In very limited situations, a spouse or other person over 15 years old residing in the same residence as the recipient may be served, but it’s always best to personally serve the recipient to avoid any negligence claims.

It should come as no surprise that the state of Florida mandates ethical behavior from all process servers since they require a certificate of good conduct and clean criminal history to be approved in the first place. In addition to meeting these initial requirements, servers are expected to maintain decorum and tact in all their interactions, both personal and professional. While in the serving process, servers must not lie or be deceitful in any way. Process servers should always be upfront about the purpose of their visit and should never pretend to be someone else. Immoral or unethical behavior, even outside of work hours, can cause a server to be banned from working in the state entirely.

Process Servers on the Atlantic Coast

If you need a process server in Daytona Beach, Titusville, or Palm Coast, look no further than the expert team at Accurate Serve®. Our servers always follow the rules, so you’ll never have to worry about delays in your case due to improper service. Give us a call at (386) 569-8475 or send us a work request online to get started today.